In September and October 2014, hundreds of algal balls washed up on Dee Why Beach, Sydney.  It was an unexpected and spectacular sight which drew media interest from all over the world, especially as these balls had never been recorded in Sydney before.  Matthew Bulbert and I went to see them and began a quest to discover what these balls were and where they came from.  This developed into an enjoyable project with new collaborators. Our findings have just been published in Botanica Marina.

Alison Downing at the Macquarie University herbarium measured and preserved some of the balls, sending others to phycologist Yola Metti at the herbarium in the Royal Sydney Botanic Gardens.  Yola identified the main algae as Chaetomorpha linum from morphological characteristics.  Meanwhile molecular biologists Rob Lanfear, Michael Gillings and colleagues confirmed this identification with DNA analysis, and important step in species identification today.   At UNSW, marine ecologist Alistair Poore had been answering questions from the media, and added his knowledge about the aegagropilious (spherical, detached) algal habit.

Algal balls occur in both freshwater lakes (the most famous are the Japanese marimo) and marine habitats, and the latter form when detached algal mats are rolled against a hard surface.  We did not find many marine records, just those shown on the map below (orange dots are records of beached balls, black dots of submerged balls and Dee Why Beach is highlighted with an arrow).

Researching past records of marine algal balls was fascinating.  Submerged balls seem to persist for some time or are recurring in places with the right conditions.  Mass strandings, in contrast, were rare, unexpected events.  I particularly enjoyed reading the article (below) in the London Illustrated News from 1950 which described the appearance of thousands of balls on the beach at Torbay, UK.  In almost all of the articles, where the beached marine balls had come from remained a mystery, so this was important to investigate for the balls at Dee Why. 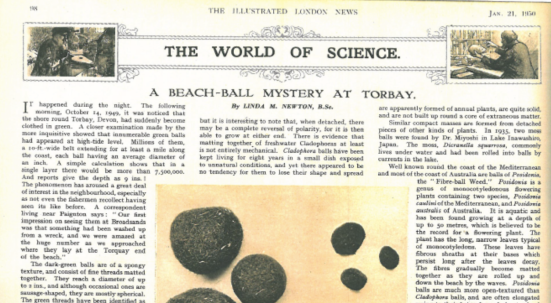 We collected information about the biology of Chaetomorpha linum and took it to coastal oceanographer Ian Goodwin. Together, we determined that a likely source of the algae was Dee Why lagoon, where blooms of C. linum have previously been recorded.  The lagoon opened to the sea a few days before the balls appeared, and then water levels fluctuated with the tide until the balls appeared.  This could have provided the water movement to fragment and roll algal mats into balls.  Ian’s wave modelling showed a plausible mechanism for ball formation and beaching.  For further details, read our article here . 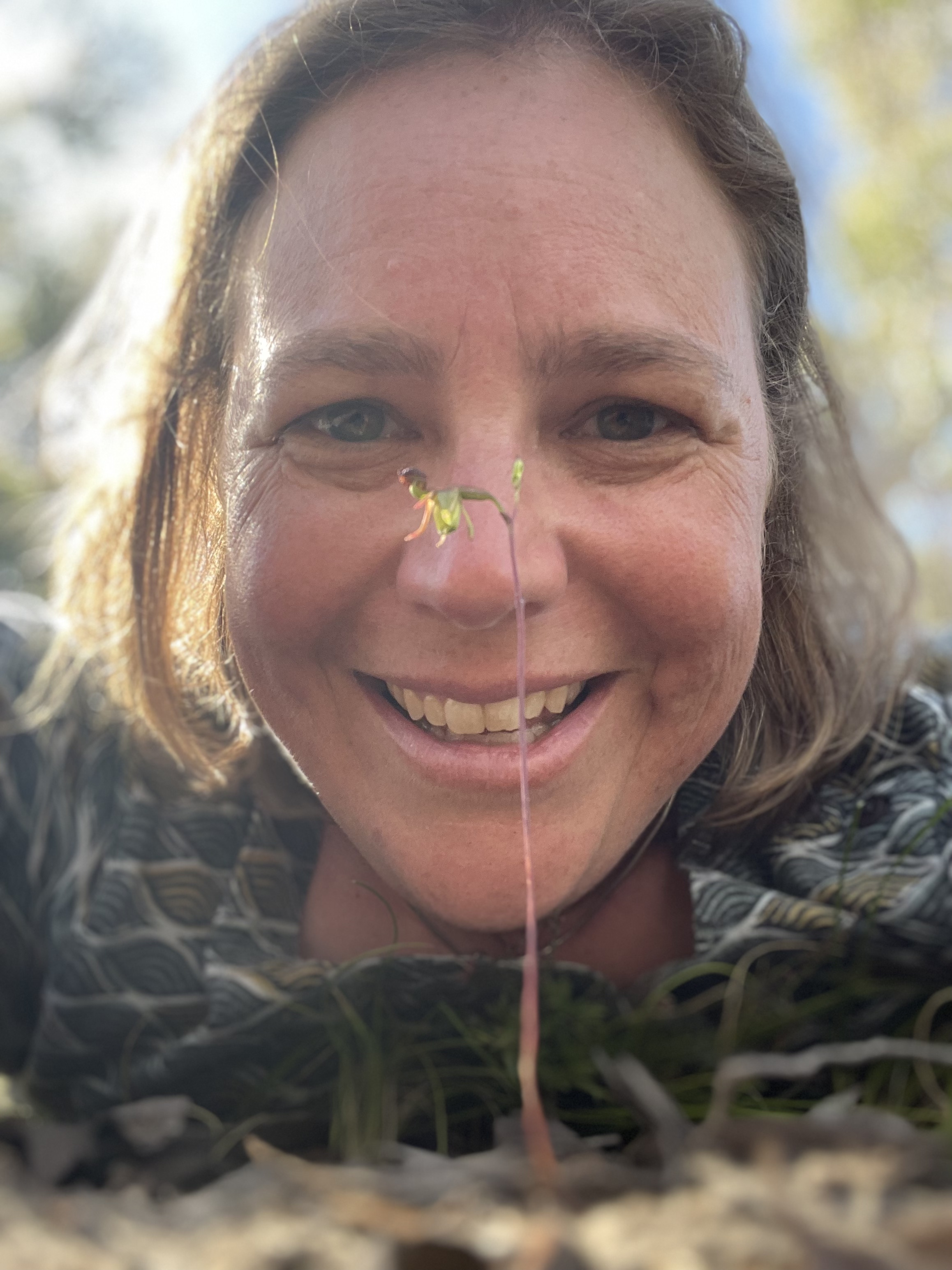